BMW i3 - A review and things you will want to know

What you need to know before buying a BMW i3

BMW's i3 is a small, all-electric city vehicle. This BMW i3 review will be discussing the pros and cons of a BMW i3 purchase.

The BMW i3 is a high-performance hatchback with an electric powertrain that uses rear-wheel drive through a simple single-speed transmission and an underfloor lithium battery pack. The 200,000th i3 production run was in October 2020, and sales globally were around 210,000 units by mid-2021.

The i3 was debuted as a concept at German Motor Show 2011 and produced in Leipzig in September 2013. The United States was its better sold market with nearly 42,000 vehicles delivered in 2019. In addition, it also won two World Car of the Year Awards and two British Car Of The Year Awards.

The all-electric vehicle is BMW's foray into electric cars, an area that few other automotive manufacturers have gone before, making cars powered by electricity instead of gasoline.

The original release of an all-electric vehicle has been so successful that BMW will likely continue to produce only electric cars of the i3 for the foreseeable future. 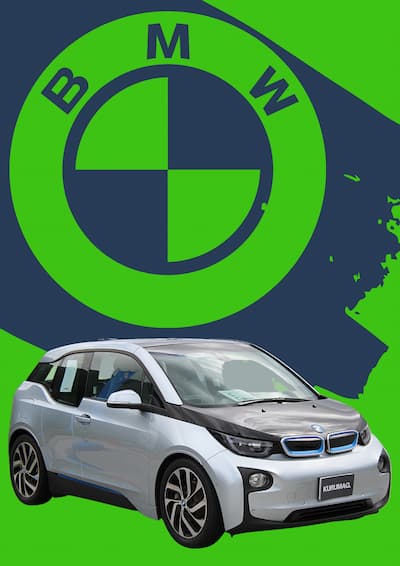 The BMW i3 has an electric motor that packs a punch.

The BMW i3 has an electric engine that is powered by a lithium-ion battery. The electric engine of the i3 is made up of 170 horsepower and 184 lb-ft of torque. The motor can take the car from 0 to 62 miles per hour in 7.3 seconds on average, which is impressive for a vehicle of its size.

The early i3 offers "extended range" driving on one charge by engaging a small petrol engine. However, this has now been discontinued, and all-new i3's are wholly electric.

Top speed is not something that the BMW i3 will be comparable to petrol or diesel-powered cars at the moment, however with all the advances to the electric motor; this may come in the future.

The recharging of the i3 takes some time, but more and more public locations are installing chargers similar to petrol pumps for your use. Be sure you know where one is before leaving one of these locations.

You can reach 80% charge on a public 50 kWh fast charge point. It can take up to 10 hours to become fully charged from a standard three-point household three-point socket.

New BMW i3 equipment and styling

The BMW i3 is stylish and comfortable, with an interior that offers more space than you would expect from looking at the outside of the car.

The i3 has seats for four people, with a roomy back seat. The i3 features rear doors that open the 'wrong way. These are known as 'suicide' doors, harking back to the early days of motor vehicles. The i3 is stylish and comfortable, with an interior that offers more room than you would expect from looking at the outside of the car.

It has an excellent turning radius, taking sharp turns with ease. Parking is simple too.

The exterior of the i3 is aerodynamic and gives off a sporty vibe to match its performance capabilities.

The BMW's i3 comes equipped with many safety features, including ABS, airbags that protect each passenger, automated brake support, stability control, and some other safety features that will keep you safe on the road.

A short Guide to Electric Vehicles

BMW i3 running costs and affordability

The market for electric vehicles has become increasingly popular in recent years. There is a great demand for used models of this electric vehicle and other BMW models that are all-electric, like the BMW i8.

The cost of charging the i3 will, of course, vary depending on where you charge it. If you charge at home 'off peak', your charging costs could be as little as £1.74 per 100 miles of travel (according to evo.co.uk).

BMW's i3 is an affordable way to get into the electric automotive industry without sacrificing quality, safety features, and performance. An i3 purchase can be a good decision for anyone interested in purchasing an electric vehicle but doesn't want to give up the prestige of buying from one of the most reputable automotive manufacturers in the world.

Does the BMW i3 hold its value?

If you are considering an i3, there are some things you need to know before making a purchase. One of the biggest concerns buyers have about purchasing an i3 is the depreciation of the vehicle.

The BMW i3 is not an exception to this rule. There are ways to combat the depreciation of your vehicle, but it will always be a factor that can't be ignored. Many factors influence how much the value of your i3 decreases over time, including maintenance costs and overall availability on the market, but there are a few things you can do to make a used i3 hold value better over time.

According to Fleetnews, the standard BMW i3 170bhp can expect to lose around 58% of its original value in the first three years from now, based on 10,000 miles per year. Fleet news suggest the i3s is slightly better at losing just over 56% of its initial value over the same three-year term.

One thing you can do is purchase an extended warranty from the dealership when you buy your brand new BMW i3. This can help maintain the value of your vehicle, which will save money in repairs towards the end of your extended warranty.

BMW offers two different versions of the i3 - the standard i3 has up to 188 miles of range, where the i3s has a 175 miles range. The i3 is now just available as an electric car.

However, Carwow report that under 'real world' conditions, you should expect around 160 miles of range from both the i3 and the i3s.

The range extender version, containing a small petrol engine, has now been discontinued. 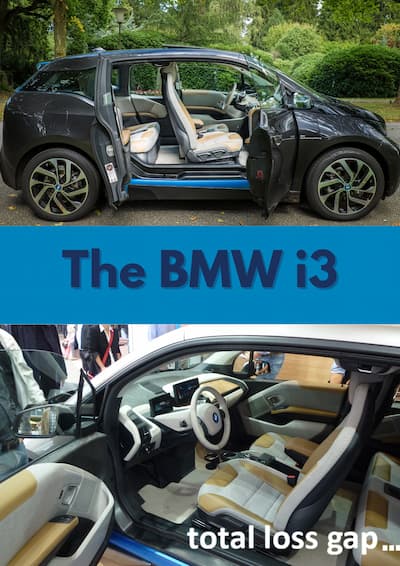 If you need a sportier version of the standard BMW i3, the new i3s offers a more sporty performance. It has 14bhp more power than the standard i3 and reaches 62mph from standstill 0.4 seconds quicker.

Its front apron can identify the i3s with large air intakes, black trim on the windows and 19-inch wheels.

The BMW i3 features many interior and exterior design changes. The vehicle's exterior is now made from carbon fibre, while the interior has been reconfigured to include an updated infotainment system and other technological advancements.

BMW aimed to create an electric car that has performance comparable to a petrol supermini.

The BMW i3 prices in the UK

BMW has recently reduced the prices on the new i3 range to benefit from the UK Government plug-in grant. The base i3 comes in at £33,805, whereas the i3s carries a £34,805 price tag.

The beauty of the Government plug-in grant is that it is based on the RRP of the vehicle is less than £35,000. This does not include any factory extra's you order with the car.

The BMW i3 is an excellent buy for anyone looking to get into the electric vehicle industry. The purchase of a used model can be a good idea, as it will save you money and allow you to have still one of the best cars available on the market.

The BMW manufacturers warranty is 3 years for new i3's, with unlimited mileage and an 8 year warranty for the battery.

What is the future of the BMW i3?

Even though the i3 has been running since 2013, far longer than the typical model life cycle, BMW shows no signs of ending production. Indeed they have confirmed the i3 will continue to be produced until 2024 at the earliest.

With the 2030 UK ban on the sale of petrol and diesel cars looming, a small and affordable electric vehicle is key to many manufacturers lineup. The i3 continues to provide that for BMW.

However, with the i3s now on sale - it will be interesting to see how they impact standard i3 sales. The i3S is more powerful and provides plenty of luxury features.

The BMW i3 has always had a great exterior design that stood out from competitors like Renault Zoe or Nissan Leaf. The model itself offers comfort and performance, which is what the BMW brand has been known for. The interior was designed to be light and functional with a modern feel to it.

The vehicle itself is extremely popular in the UK due to its excellent fuel economy and government subsidies that replace conventional vehicles with electric ones.

BMW is committed to the electric car industry and has been for some time. The BMW i3 continues to be a popular choice in this space. Still, with the all-electric approach, new additions like the i3s and more recent models providing competition in the marketplace, it will be interesting to see how sales are impacted over time.