South African Elon Musk is simply one of the most recognisable people on Earth today. Tesla, SpaceX, SolarCity, PayPal... the entrepreneur has his fingers in many pies. Here are ten things you didn't know about him.

1. Elon Musk was born in South Africa to a Canadian mother, Maye who was a model, and a South African father, Errol, who was an electromechanical engineer. 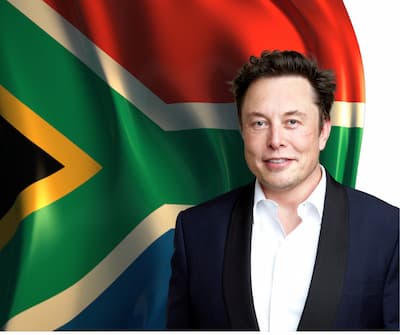 Elon Musks' parents divorced in 1979 when Elon was about 8 years old.

It was rumoured that Errol Musk was a partner in an emerald mine. A fact that has been strongly denied by Elon Musk since.

2. Elon Musk started his first business at the age of 12 when he sold software he created called Blastar to the computer magazine publisher, PC and Office Technology for $500.

The aim of the game was for the space pilot to 'destroy the alien freighter carrying deadly hydrogen bombs and status beam machines'.

3. Elon Musk paid his way through college but left with around $100,000 in student debt. He did several jobs to pay his way, including being a cleaner at a lumber mill for $18 an hour.

4. Elon Musk launched his first company, Zip2, at the age of 24, with his brother Kimbal Musk and Greg Kouri. The company was later acquired by Compaq for $307 million in 1999.

5. Elon Musk merged his company x.com with Confinity in 2000. It went on to become the online payment platform PayPal in 2001. PayPal was then acquired by eBay for $1.5 billion in 2002.

6. In 2002, Elon Musk founded SpaceX, an aerospace manufacturer, and space transport services company. The company aims to reduce the cost of transportation to space and, one day, enable the colonisation of Mars.

7. In 2004, Elon Musk joined electric vehicle manufacturer Tesla Motors. He later went on to act as chairman and CEO. Tesla's first vehicle was the Roadster, which was released in 2008. Today Tesla is the most valuable car manufacturer in the world. 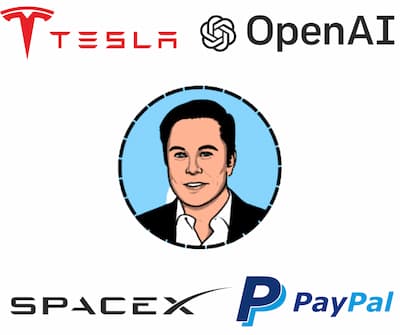 8. In 2006, Elon Musk helped create SolarCity, a solar energy services company. He is currently the chairman of the company. He founded the company with his cousins Peter and Lyndon Rive. In 2016 the company was bought out by Tesla for $2.6 billion and renamed Tesla Energy.

9. In 2015, Elon Musk co-founded OpenAI, a non-profit research company focused on artificial intelligence. The company has gone on to develop systems for machine-created writing, music, and coding, amongst others. Microsoft is a significant contributor.

10. Elon Musk has also co-founded The Boring Company, a tunnel construction company. The aim of the company is to reduce traffic congestion by building a network of underground tunnels. Two projects that it has worked on are in Los Angeles and Las Vegas.

So there you have it, ten things you didn't know about Elon Musk. Whether you love him or hate him, there's no denying he's a pretty interesting guy.

Despite his many successes, Elon Musk remains one of the most enigmatic and fascinating figures in business today. His visionary ideas and relentless pursuit of progress have earned him both admirers and critics in equal measure. Love him or hate him, there's no denying that Musk is one of the most fascinating and innovative minds of our time.