You may currently be considering whether or not a Scratch & Dent Insurance or 'Smart' Repair Insurance, would be value for money for you. Therefore, we have carried out some research on your behalf, to give you an idea of what to expect in terms of repair costs. You'll then have the figures in front of you, to make an informed decision on whether or not, a policy would be sufficient for you.

As with any product or service, different providers will have a different pricing structure and it is no different when it comes to remote bodywork repairs. The figures above are an average of the prices we have found, with some quotes being less and some quotes coming in a lot higher. Depending on the repairer, you may be able to pay as little as £150 inc VAT to have a typical door scratch repaired, but on the other hand, you could pay as much as £320 inc VAT to have the same piece of damage repaired elsewhere.

From the research carried out, we expect the average cost of a repair to a single panel, to cost between £100 or £200 inc VAT. This does depend on the size of the incident in question and the area in which the damage has incurred. Whilst the average cost of a repair may be upwards of £100, you always have to consider how many bits of damage you expect to pick up, when considering a form of insurance.

At Total Loss Gap, you have the ability to make up to 6 claims per year and the cost of a three year policy is less than £250. Therefore, if you make just three claims over the three years, it might be a cost effective option for you. However, if you expect to pick up one piece of damage over the three year term, then you will see from the average costs above, it may be more cost effective not to have a form of protection and instead have the vehicle repaired separately.

The majority of damage picked up on a vehicle is usually incurred within a busy car park, such as a supermarket car park for example. Small pieces of damage such as a small dent on the door, from another car door opening on the side of yours or a trolley ding for example, are all bits of damage we expect to pick up. However, if you have been quite lucky with previous vehicles and not had to have any repairs carried out, then again a Scratch & Dent Insurance policy may not be sufficient for you.

We are slightly different to other providers in the UK, we want you to make an informed decision on whether or not a policy would be a cost effective option for you. As with all forms of insurance, they are designed to protect you against the unexpected cost of having to pay a certain figure, in this case the cost of having a scratch or dent repaired. 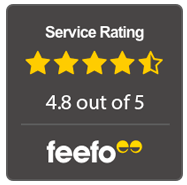