The new Volkswagen Polo GTI - is it a true hot hatch?

When Volkswagen launched its sixth generation of the Polo model earlier this year, one significant gap was left in the range. The GTI has been a mainstay of the Polo range since 1998, and VW has now moved to fill the void by launching the new GTI.

The new Volkswagen Polo GTI - a few facts and figures 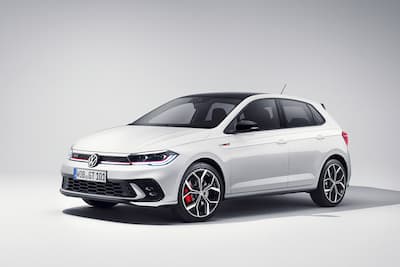 At the heart of every sporty hatchback are the basic performance figures you can expect.

The Polo GTI is powered by a 2.0 litre, four-cylinder turbocharged petrol engine. This unit can produce a respectable 207 PS and a maximum torque of 320 Nm. The GTI comes with only one gearbox option, a 7-speed dual-clutch DSG. More on that later.

The new Polo GTI also provides upgraded control systems. A dynamic chassis, a bigger anti-roll bar, and a lowering of the body by 15mm all help to this end.

The new Polo GTI model has inherited the manufacturer's IQ.LIGHT LED headlights seen in other models in the range. The GTI also features the usual GTI signature red badge and honeycomb air intakes. 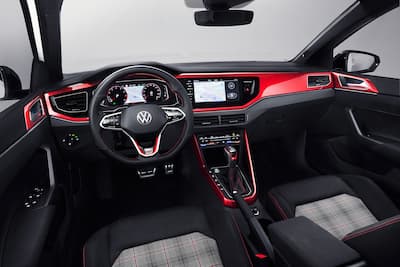 Further styling upgrades come with the freshly designed rear light clusters. These provide a significant change from the previous GTI as they extend to the middle of the boot. A new bumper design specifically for the GTI provides a sturdier-looking finish, becoming of a sporty model.

The interior of the GTI mixes both modern designs with the traditional GTI theme. The dash panel is provided in a stunning gloss red finish, with an alternative but equally striking blue available. The sports seats feature the Jacara trim long associated with GTI models.

The GTI comes with a 10.25-inch screen for the infotainment system. Also provided is the Discover Media Navigation system. Optional audio equipment included a sound system from Beats with a range of speakers, a subwoofer, and an 8 channel amplifier.

Is the new VW Polo GTI a true 'hot hatch'?

The 'hot hatch' phenomenon came to prominence in the late 1970's and the 1980's, with the Polo's larger sibling, the Golf leading the way. Other hot hatches competed for the crown of the ultimate hot hatch on the road, including the Peugeot 205 GTI, Renault 5 GT Turbo, and the Lancia Delta Integrale.

The Polo GTI was a bit of a latecomer to the race, but Volkswagen believes that the new VW Polo GTI is amongst the best hot hatches around today.

Lisa Hartley, Polo Product Manager at Volkswagen UK, said: “The marriage of ‘Volkswagen’ and ‘GTI’ kicked off in 1975 with the launch of the now legendary Golf Mk I GTI. Since then, those hallowed three letters have adorned many other models such as the Scirocco, Lupo and up!. However, it is the Polo – whose GTI model debuted in 1998 – that is, after the Golf, the longest running member of this sporting family.

“Continuing this illustrious history is this newest version of our pocket-rocket, and it really is the best so far. With driver-focussed dynamics, a powerful 207 PS turbocharged engine, big-car tech, a generous list of standard equipment, and classy, assertive yet understated looks, the new Polo GTI is a class act among hot hatches.”

Is this assessment right? Well, there are a couple of ways to look at this.

In our view, the only aspect of the new Polo GTI that counters its claims to the hot hatch label is the DSG only option for the gearbox. As good as the DSG box is, and it is fantastic, not having a manual gearbox option does dent the 'hot hatch' claim.

However, you also have to consider that the number of hot hatch models in the market is nothing like it was in the 70's and 80's heyday. Realistically you have the obvious choice of a Fiesta ST and perhaps the Hyundai i20N, further than that? Even Mini JCW has become quite sanitised.

So does the VW Polo GTI qualify as a hot hatch? In the current market then probably it does.

Whatever your viewpoint on the argument, the VW Polo GTI is sure to put a smile on the face of anyone who drives it.