An all-new plug-in hybrid (PHEV) model has been added to the Renault Megane product line, and the company is discontinuing all other gasoline and diesel models in the meantime. 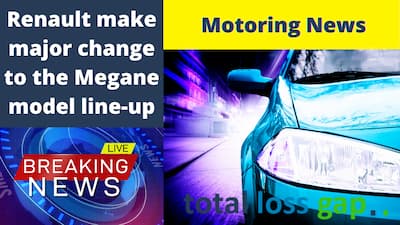 However, while no pricing information has been released, the 2021 Megane PHEV is expected to hit showrooms in September and will be capable of travelling up to 30 miles on electric power on its own.


Production of the Renault Hatch and Sports Tourer in both petrol and diesel configurations will be phased out completely.

Like its sister model, the Clio-Tech hybrid, the Renault Megane plug-in hybrid is powered by a 1.6-litre petrol engine that is assisted by a 1.2-kW lithium-ion battery and two electric motors, as well as the automatic, multi-mode transmission that is found in all other E-Tech vehicles.

The vehicle starts in 100 percent electric mode from the moment it first moves.


Renault claims that the car can accelerate from zero to sixty-two miles per hour in 9.4 seconds and reach a top speed of 114 miles per hour.


Tested fuel economy is 235.4mpg and CO2 emissions are 28g/km, but these figures will be affected by how frequently the battery is recharged, according to the Renault.

The Iconic trim level enhances the vehicle's overall package by including 16-inch diamond-cut alloy wheels as well as a leather steering wheel.

Among the many features available on the R.S. Line edition are exclusive body-colored R.S. Line bumpers, 17-inch diamond-cut alloy wheels, and an R.S. leather steering wheel, which add to the already lengthy list of options.

An Advanced Emergency Braking System (AEBS), a rearview camera, and hands-free parking are also included, and the navigation system has a larger 9.3-inch touchscreen than the previous model.