Today we bring you news from Citroen, BMW and Ford.

It was last October, live from the Paris Motor Show that Citroen revealed a brand new concept vehicle given the name of the DS Divine. However, this week, the concept vehicle has made its second appearance in Geneva, looking very similar to the first version shown.

The firm did state this new model would not represent a new car going into production in the future but is more about the styling and design, which could find a place on vehicles going on sale over the years to come. 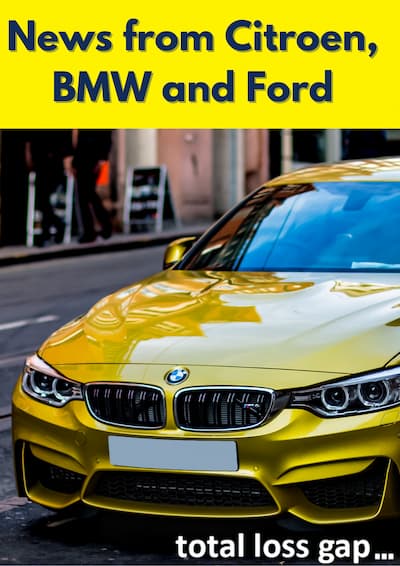 The new design structures are expected to be mainly used by the DS brand more with the parting of both companies late last year, but Citroen is also likely to take a few cues from the model.

Along with different designs for the future, both brands may also look to adjust their engine range. The DS Divine is carrying a turbocharged 1.6 litre petrol engine and runs on an all-wheel-drive platform.

No word has been given yet whether this would be an engine that either company would like to develop in the future. Still, with it being included in the concept, there is undoubtedly a potential possibility for it.

AC Schnitzer is a tuning company that worked on some of the very best vehicles that the automotive industry offers. They do work to cars, such as adding more power, engine tuning and new styling designs. The latest model they have worked on was revealed in Switzerland and is an updated BMW M4.

The changes consist of tuning to the engine, and we also see the odd change made to the car's bodywork. It is believed that this finely tuned model may be for display purposes only, but we are still excited about the work that has been put into it.

Engine and performance-wise, the significant change is the amount of brake horsepower that the BMW M4 gives out, which has now been updated to 510 bhp compared to the 431bhp that the standard model gives out.

The car's rear wing is made from carbon and has been adjusted slightly higher than the standard model to make it more aerodynamic.

A new carbon designed exhaust is also thrown into the mix, and a racing suspension system is also added into the mix. AC Schnitzer has wholly altered the rear wing by bringing in a brand new one. The company have called these changes the 'AC Aero Pack'.

The word is that American car firm Ford is currently developing a brand new all-electric vehicle that would see a mileage travelled on electric power of around two hundred miles in total.

The new model will be designed as a rival competitor for that of the Chevrolet Bolt. The new car is not expected to be revealed until later this year, and for the time being, information is a little short for the new model.

It will be interesting to see in which direction Ford take this new model, though, with the confirmation from Audi of a new electric SUV on the horizon able to travel three hundred miles.

The electric market is certainly hotting up with companies such as Tesla, BMW and Audi joining the mix.

Will Ford have something rather special on their hands with this new model, though?. We certainly can't wait to find out.